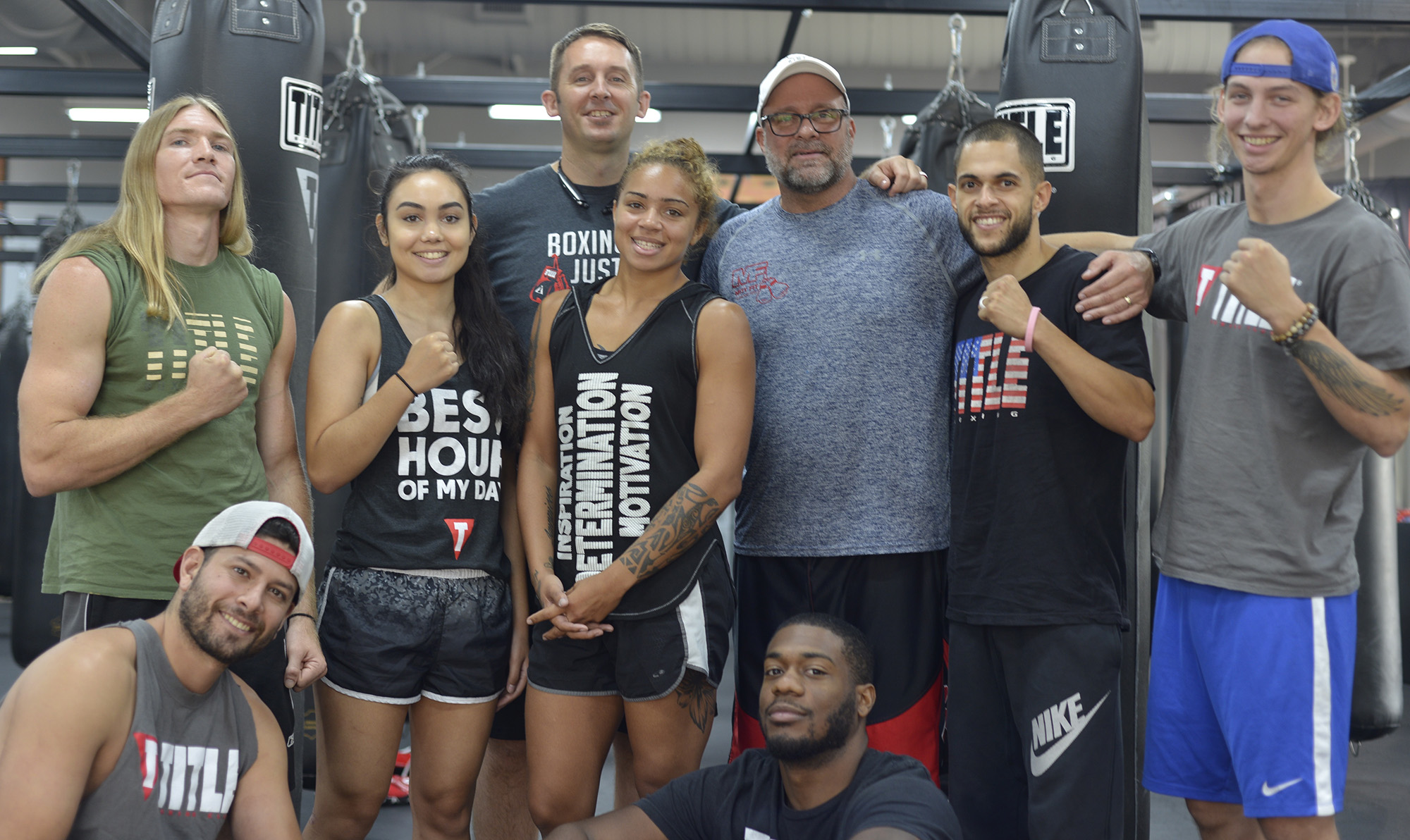 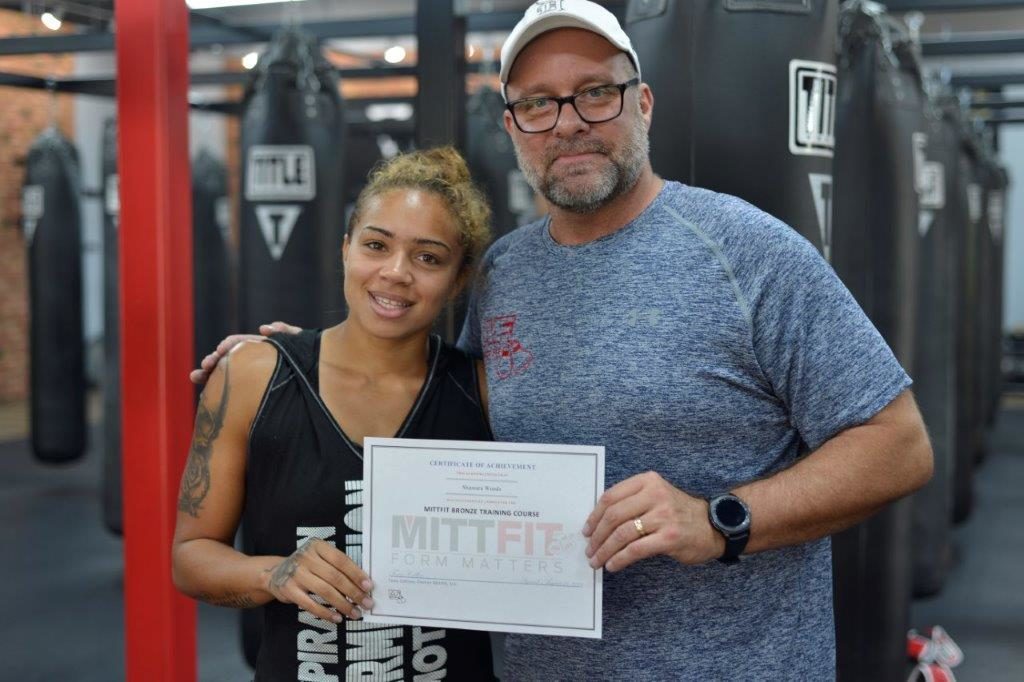 Shamara is originally from Chicago, Illinois and relocated to Orlando, Florida when she was 14 years old. Shamara fell in love with the sport of boxing at a young age and decided this is what she wanted to spend her life teaching. At 20 years old, she gave birth to a child and gained over 80lbs. Through dedication and boxing, she was able to reach her goal weight of 130 lbs. and decided to actively compete again. She is currently 9-3 in Amateur USA Boxing and holds the Undisputed Women’s championship belt after successfully defending it 3 times. 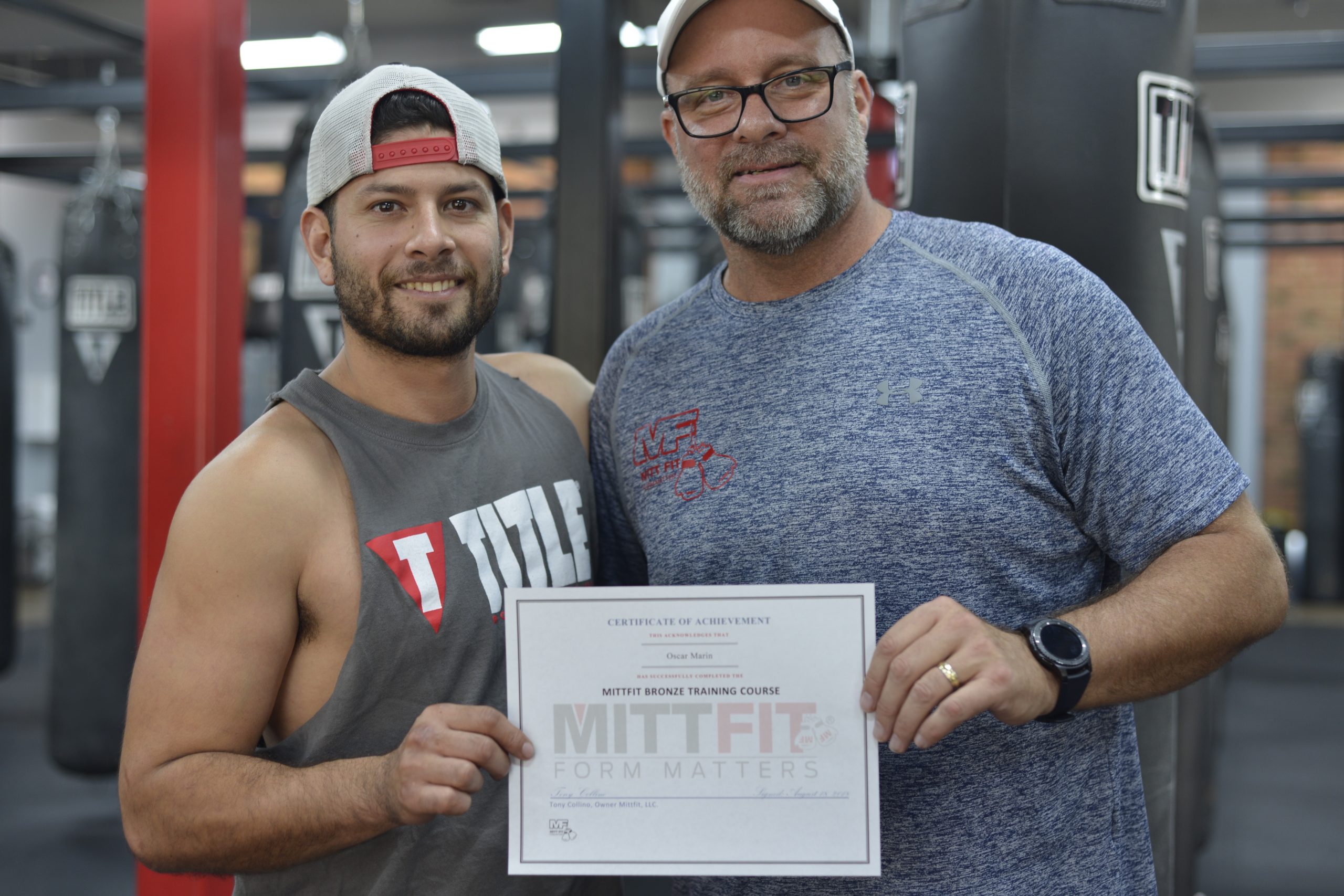 Oscar grew up in Queens. After a short break from boxing, Oscar couldn’t wait to get back in the ring. During his senior year, Oscar was diagnosed with cancer. After graduating and beating cancer, he became addicted to pushing his physical limits. Oscar completed marathons, half-marathons, sky diving, climbing mountains and many more adventures.

My why:
Cancer took my body for a year. I do not want my clients to ever take their bodies for granted. 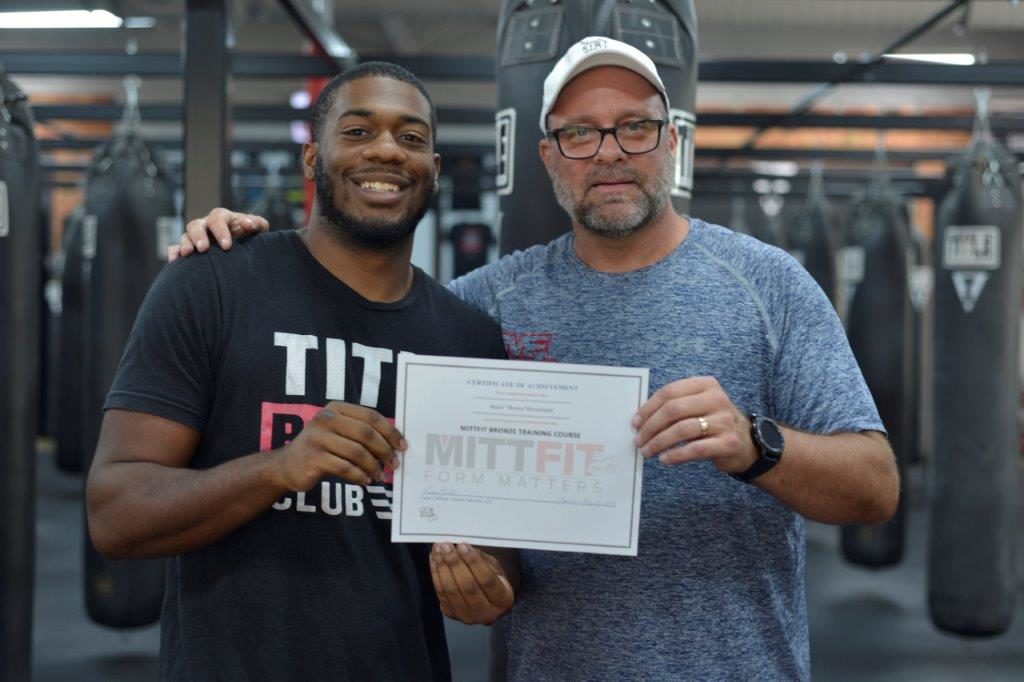 Fresh out of Norfolk, Virginia–Bones trained mixed martial arts at Outfox MMA under Kru Jose. Mostly seasoned in Muay Thai, but he has other components in his arsenal. MMA was a key point in his life that he believe bettered him as a person and he just wants to spread that same motivation that was given to him to others. It’s just one of those special talents that resided within him. Speaking of talents, photography and videography is another one he takes pride in. Throwing punches and kicks are one way to relax your mind but capturing beautiful scenery can relax the soul.

My why:
If it’s one thing I know how to do, it’s how to fight. I want to pass on what I know to somebody else and build him or her up to be better. 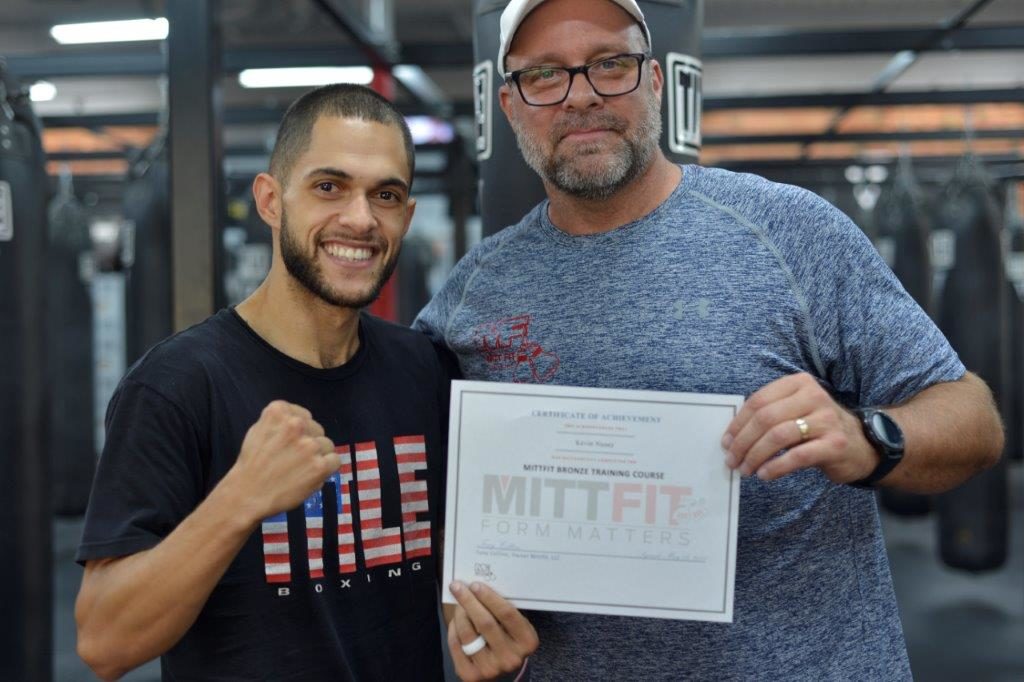 “Work hard” isn’t just a saying to Kevin, it’s a lifestyle. Also known as “El Gallo,” Kevin is always up early taking advantage of the day. When he’s not working at Title, he can be found training and spending time with family. Kevin was born in Puerto Rico where he found his original passion: baseball. He later moved to Clarksville, Tennessee where he continued with baseball as a starting varsity catcher all four years of high school. Yet two years after graduating, Kevin found a new passion: boxing. Kevin trains twice a day and has made boxing not just a hobby, sport or career; but a lifestyle. With hard work and passion, Kevin is currently working towards his goal of competing in the 2020 Olympics.
Kevin is currently a Bronze Level Certified Mittfit trainer working towards his Silver Level Certification. 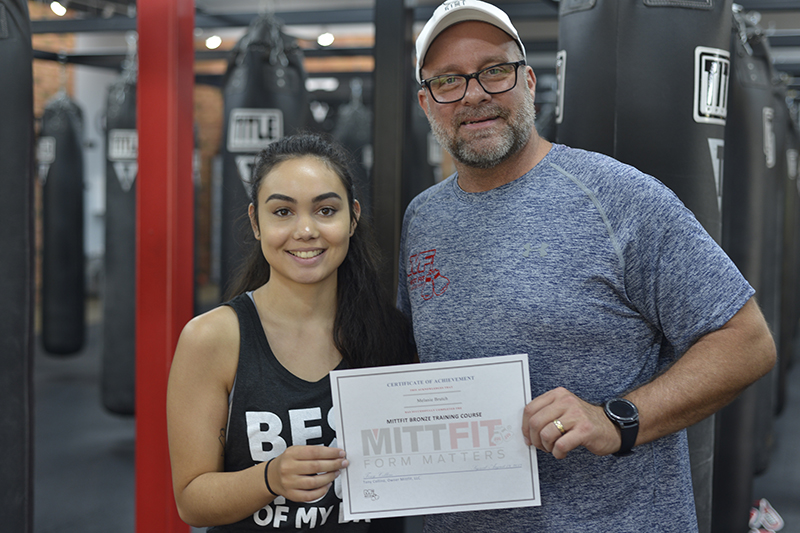 Outside East Philadelphia, born and raised, in the dojo is where she spent most of her days. Melanie moved to Florida to pursue a Bachelor’s Degree in Sport Management at University of Florida. Her father was extremely supportive of her decision and is the reason why she is the person she is today. He enrolled her in her first self-defense class when she was six years old and never let her quit. From that point on, Melanie fell in love and has trained in various martial arts including Tang Soo Do, Taekwondo, Brazilian Jiu Jitsu, and Kickboxing. Martial arts and competition became a part of her life and was no longer just an activity to do after school. Melanie competed in local, regional, state, and national tournaments for Taekwondo, allowing her to travel the country and make lasting connections for 8 years. She loves what she does, and wants to see how much more she can do as a student and trainer.

Melanie has just achieved Bronze Level as a Mittfit trainer and is working towards her Silver Level classification.

My Why:
“I like giving back to other people and genuinely enjoy seeing their progress. I love making them feel good about themselves.” 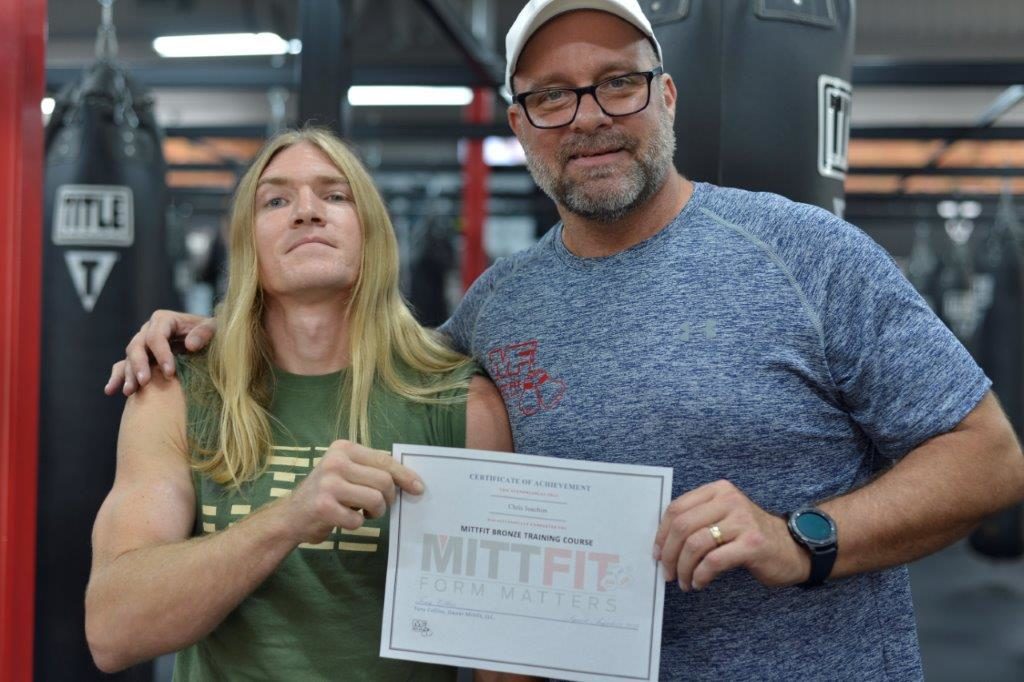 Chris has had to learn toughness from a young age. Mentally and physically, Chris utilized toughness to overcome debilitating chronic asthma during his childhood. Chris began boxing and kickboxing when he was nineteen years old. His first official experience with martial arts was when he began training in Kung-Fu at 9 yrs. old and it instilled a sense of discipline and focus that was lacking in his life. Years later, kickboxing, boxing, and just exercise in general became his main source of stress relief. His specialties are Muay Thai, kickboxing, and boxing but he has trained in various other styles over the years including Kung-Fu, Hapkido, wrestling, Judo, and Jiu-Jitsu. His Title boxing nickname is Chris “Rock ’em Sock ’em”. The name itself is derived from the old kids’ toy, Rock ’em Sock ’em robots. It was given to him by friends and training partners based on his non-stop, high-output, forward moving, aggressive fighting style.

My why:
I gain a lot of influence from the people who I am helping– people who has overcome such immense adversity; it inspires me to work hard every time I think of him. Just knowing that hard work and dedication can have such an indescribably positive effect on someone’s life is truly inspirational, and I feel it’s a lesson many people, myself included, can apply to many different aspects of their life. 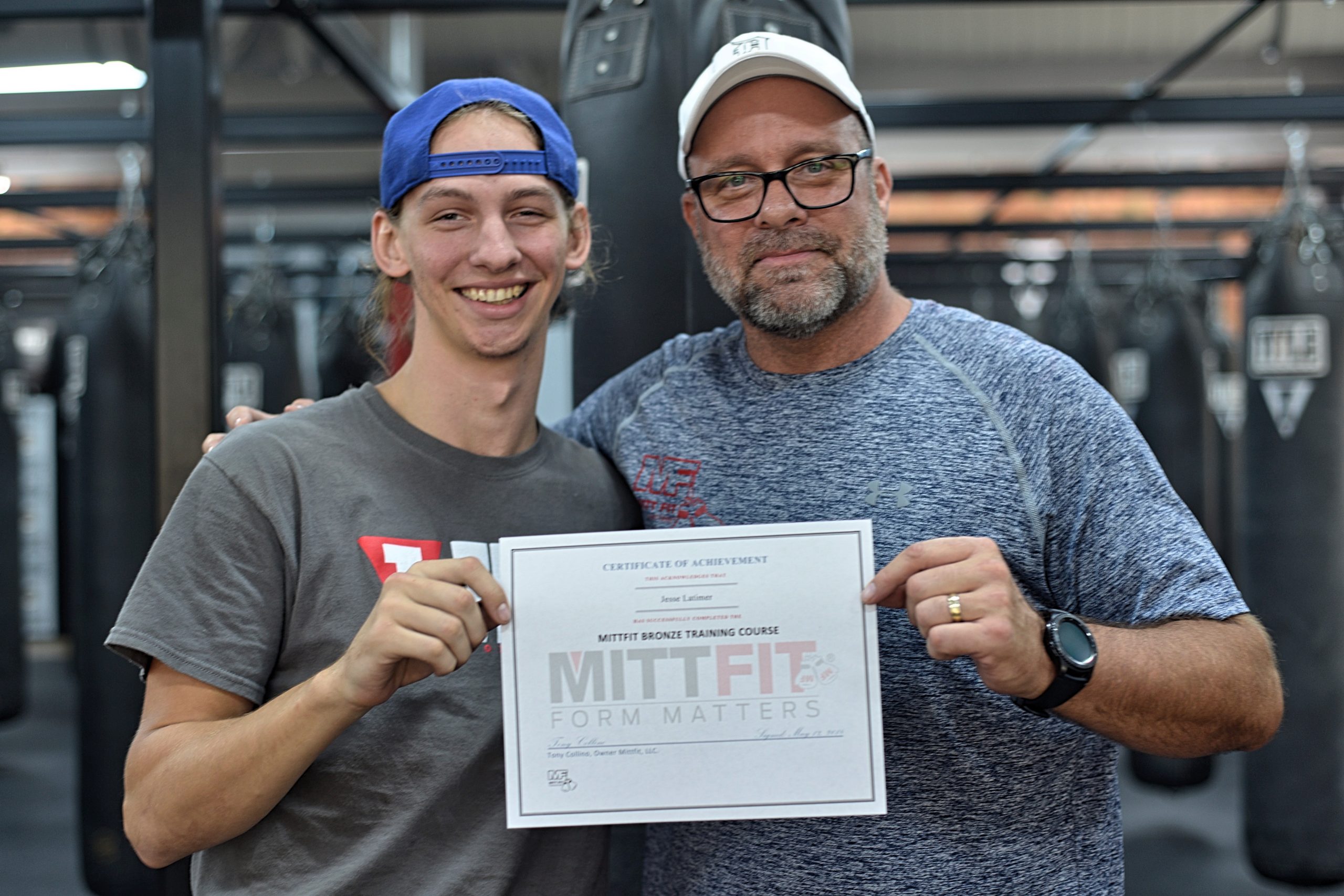 Jesse has a history of skills and knowledge. He started boxing at 15 because he was bullied in school and believed that boxing translates to real life, both mentally and physically. He feels it can really transform people and help them achieve goals you want in and out of the gym. To Jesse, boxing was an escape without getting into trouble. Originally, from Memphis, Tennessee, he trained under Joey Hadley, who was classically trained in the Peekaboo style by Mike Tyson’s coach, the late great Cus D’Amato. He has trained on and off since age 15, and has had a few amateur fights. On Jesse’s boxing gloves, there is a puzzle piece, the recognized symbol of Autism. His younger brother is autistic and Jesse’s gloves represent the relationship between him and his brother; he is his brother’s keeper and they are in this fight together. Jesse’s hobbies include surfing, basketball, cars, longboarding, fishing and of course, boxing. One of his main goals with TITLE Boxing Club Oviedo is to get clients to whatever level in boxing/fitness they want to achieve and show them that if they tell themselves they can, they will. As Yoda says “do or do not, there is no try.”

My why:
“I just want to keep going and not give up on educating myself on becoming a better trainer and fighter.”