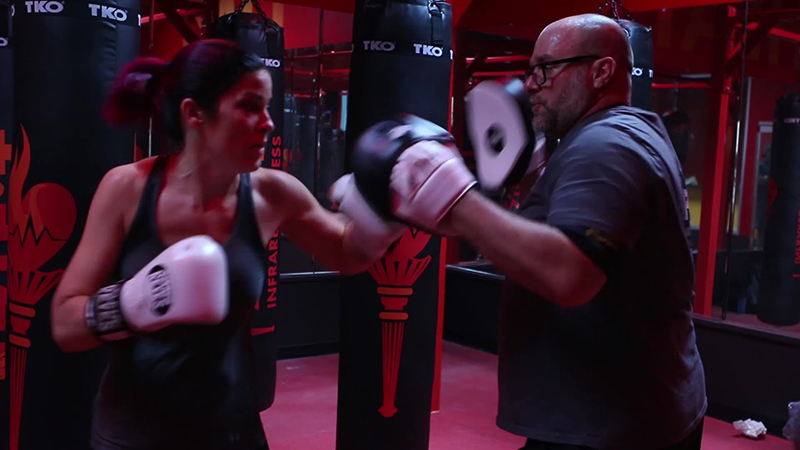 MITTfit™ , is a non–traditional system of boxing training that HAS proven not only to be beneficial to competitive athletes, but also to general fitness clients as well. MITTfit ™ is a unique way of training that men, women, children, and athletes of all ages and skill levels can participate in. Clients work through our unique training system to develop agility, dexterity, endurance, stamina, coordination, toning and strength.

MITTfit™ has been designed for fitness professionals of all types and will allow them to bring this unique system of training into their current programs. Our system of training progresses from practicing foundational boxing movement to advanced flow drills and cues. 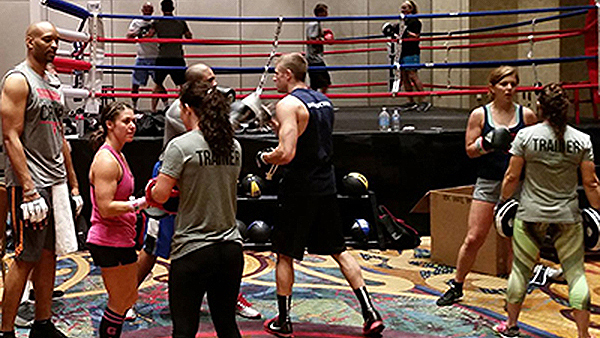 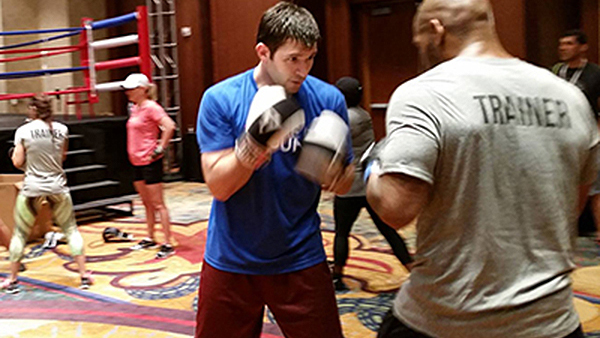 MittFit™ is a program that is designed to be fun, educational, progressive, challenging, and effective! Mitt fit combines different techniques and programs for different levels of a person’s skill set. We focus on proper form and technique with the hands and footwork. Each level of Mittfit will boost overall fitness level in a way that the other boxing fitness programs lack.

Tony Collino was trained by his “Papa” Joe Giarmo (assistant coach 1960 Olympic training team with Cassius Clay (ALI). Tony “BIG TONE” Collino was a Golden Glove and State AAU champion and the 1st person to achieve the Level 3 Elite certification in “Mittology” program under James “Coach Rick” Coward. In 2013 Title Boxing Clubs hired Tony and quickly promoted him to Head Regional Trainer and then during the 2014 Title national convention Tony was awarded” Trainer of the Year” out of 1900 trainers. Tony also is a certified USA amateur boxing coach, Licensed Professional Boxing Trainer along with holding an ACE fitness personal trainer certification.

After 36 years in the boxing game and now being referred to as Coach Tony, he continues to train many top level amateur Golden Gloves Champions as well as Professional Boxing World Champions and top contenders and also continues to share his Mittfit system with a number of fitness franchises and training facilities.

While Coach Tony was designing boxing programs and rounds all over the United States for Title Boxing Clubs it soon became clear while watching classes and trainers that there was a lot to be desired when it came to executing proper form!

One thing was clear… “Form Matters!”. Coach Tony saw that there was a risk for injury on top of the fact that the proper muscle groups were not being utilized.

“So, I took my acquired knowledge of 36 years around boxing as well as the years of honing my skills working with top trainers and professional athletes and decided to design a multi-level program that anyone can learn, adapt to and get in great shape, welcome to Mittfit “Form Matters”. – Coach Tony 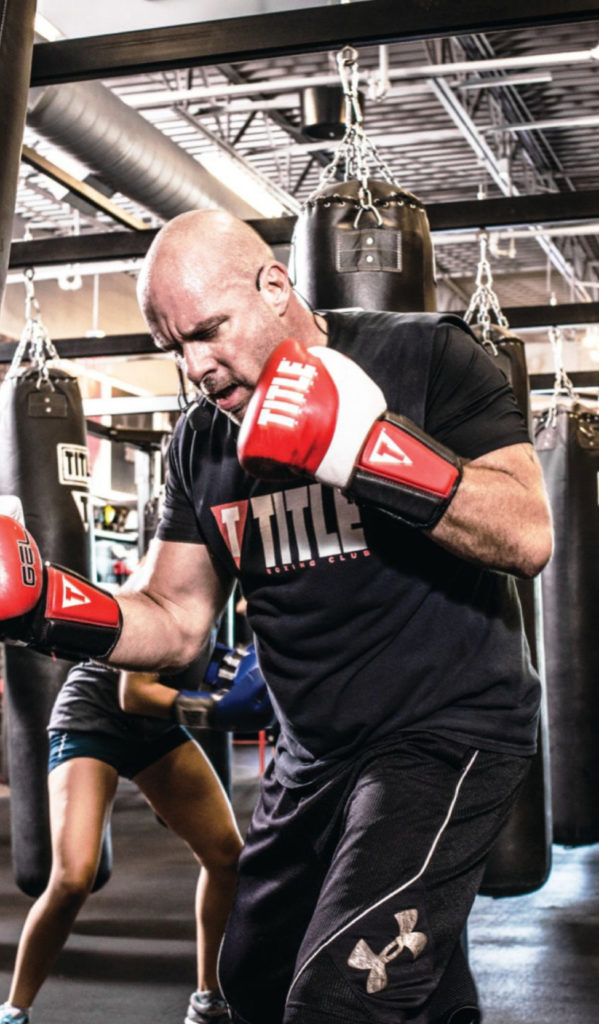 Gives you an edge in this ever growing industry. With the rising popularity of boxing and kickboxing in fitness this offers clients a new and exciting way to engage in a progressive workout that never gets old. 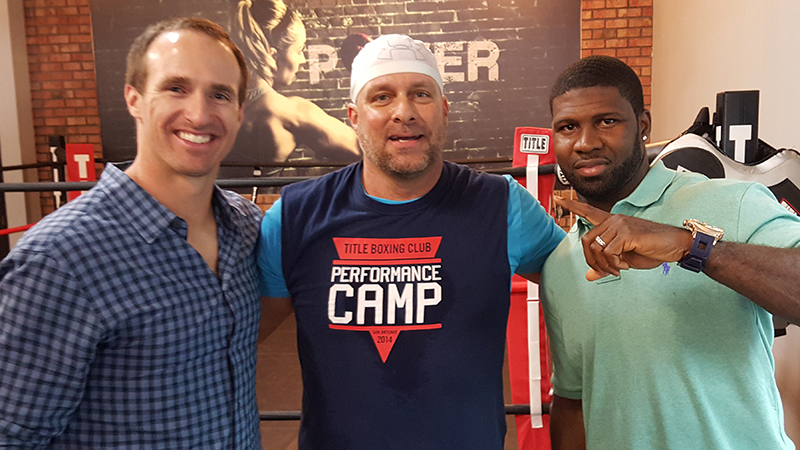 Offers you the ability to increase stamina, balance, dexterity, reaction time, and focus that all athletes need in order to be competitive in whatever field they are in. 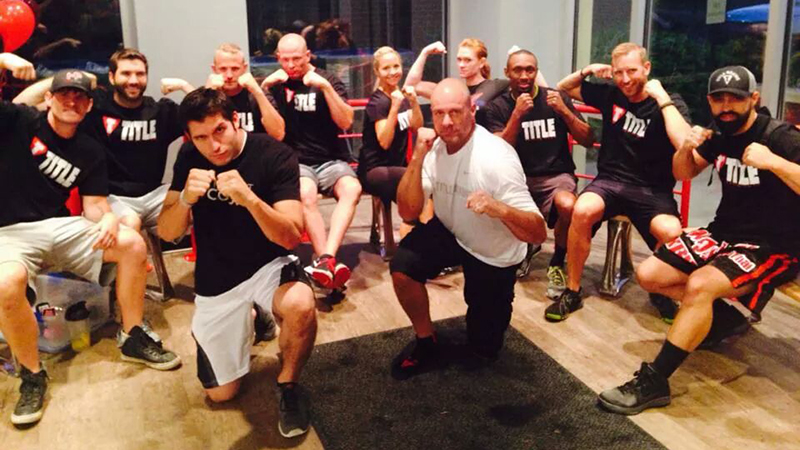 An adaptable program that fits in every space. The popularity of this style of training has been shown to be something people of all ages and fitness levels gravitate to. This is a unique program designed to keep clients enthusiastic and coming back for more! 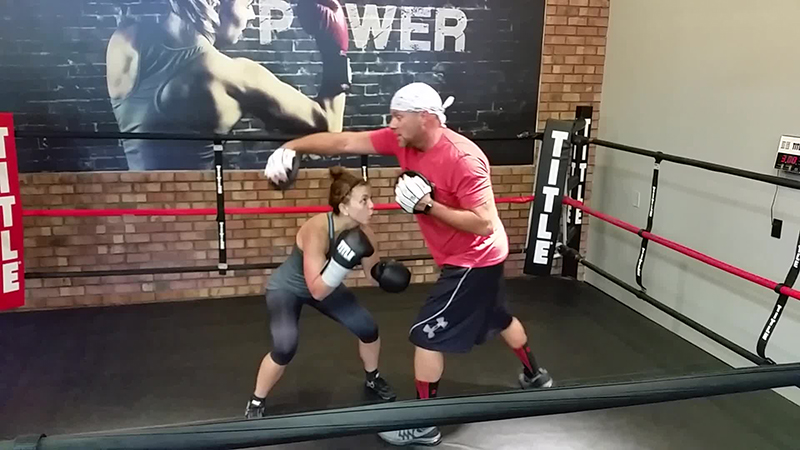 Many trainers spend the majority of their training time conducting offensive drills. Mittfit trains you to have a reactive response to an outside stimulus. Every action has a reaction. These advanced techniques become an automatic response to whatever is coming at you or being called. Your subliminal mind takes over at the highest level.